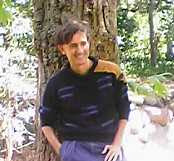 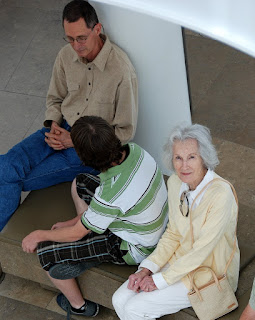 My first and wisest teacher was my mom, who, as anyone can see, was gloriously alive to every moment.

My second teacher was silence.

Which was impossible to escape, and planted itself deep in my marrow. . . . in Colorado when family farming was still common and kids learned how to bring forth life from the magical fertility of soil, how to gentle a wild horse . . . how to dwell . . .


Down a dirt road . . .  miles from the nearest town . . . I found myself in the fading sunset of a still wild, bucolic, red-flanneled, jackleg America of fistfights, cussing and bragging, of home-made ice cream and pies, of quilting bees, of gut-bucket bands, of sitting on a porch sipping sarsaparilla. An America nurturing a belief that in wildness and wilderness are lessons that cannot be got from books ——  a backwoods, homespun, boundless place where lanky schoolgirls with hair soft as corn silk, wearing sunbonnets and calico dresses, meandered and skipped, or rode their ponies to one-room schoolhouses.  Where the woods were sweet with berries, where peaches cost half a buck a bushel, where on a hot day, after forking over two bits at a roadside stand you would hear the split of a watermelon crack open, and where, waiting just beyond a bend in the muddy river, every boy imagined Huck and Jim drifting lazily along on their raft, toes and fishing line dangling in cool current.


That's because most summer mornings were sweltering. That's the word Grandma used when it was sweaty hot. On those morning you would find me atop the haystack . . . fields stretching out forever . . .  and every alfalfa plant, every cornstalk, each twig of cottonwood, each lonely acre lying soft, still . . . limp with silence.

Heavy honey filling every pore with breath-capturing sweetness. Fields melting into seas of mirage . . . acres of corn and alfalfa adrift . . . floating above themselves in green, swelling warps . . . blurs of corn tassels . . . golden . . . bursting with pollen . . . undulant as mermaids of far, ephemeral isles . . .

When we moved to Santa Barbara, of the Left Coast, the silence did not vanish. For I did not live downtown, but sought out a retreat hidden away in an oaken forest, beside a stream . . . 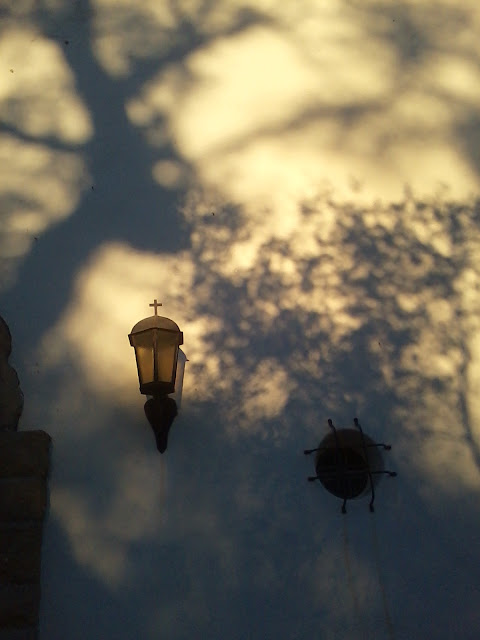 The Great Deer God, at Dawn, Foraging on Oak Shadows


The retreat was a finite infinity: a site where souls could plunge deeply into their own vastness. A center of both private and collective solitude, a soul sharing. A space nurturing everyone's first and most infinite universe: silence.


As a spiritual shelter, the retreat nourished the source of vision, unfolding within the most intimate impulses and textures of silence.

It allowed our guests to dream, and to awaken, in peace. 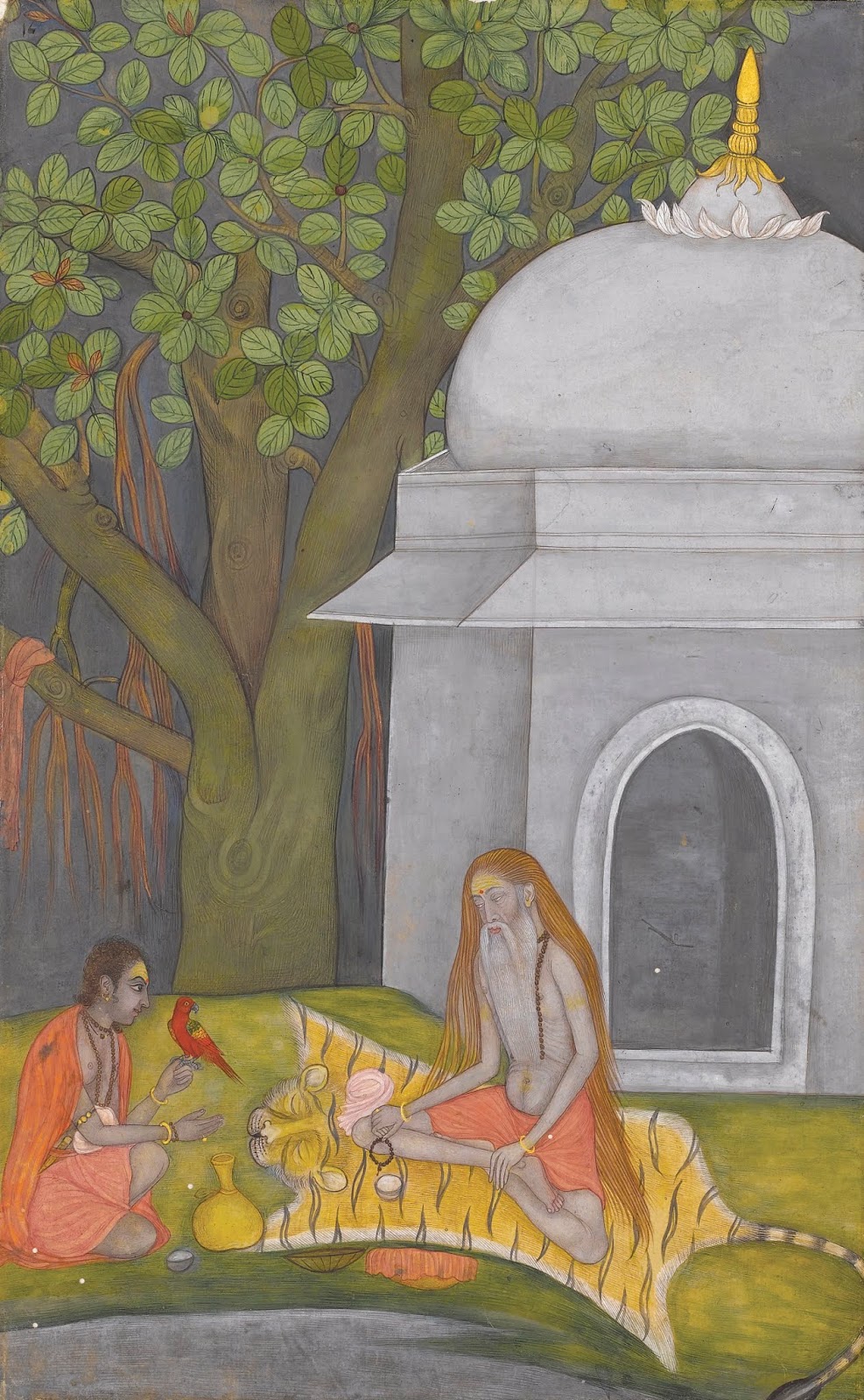 Its nooks and corners offered themselves as centers of simplicity in dwelling.

Sequestered securely within those folds, our guests experienced the primitiveness of refuge.

They felt safe to open to pure Being.

For in the utter simplicity and silence haunting those oaken woods stood two chapels, a meditation cove, a yoga space.

Here, to shelter from the despair and coldness of the world, countless multitudes gathered together in centralized solitude. And if they trembled that at all, it had been a shivering of Spirit. 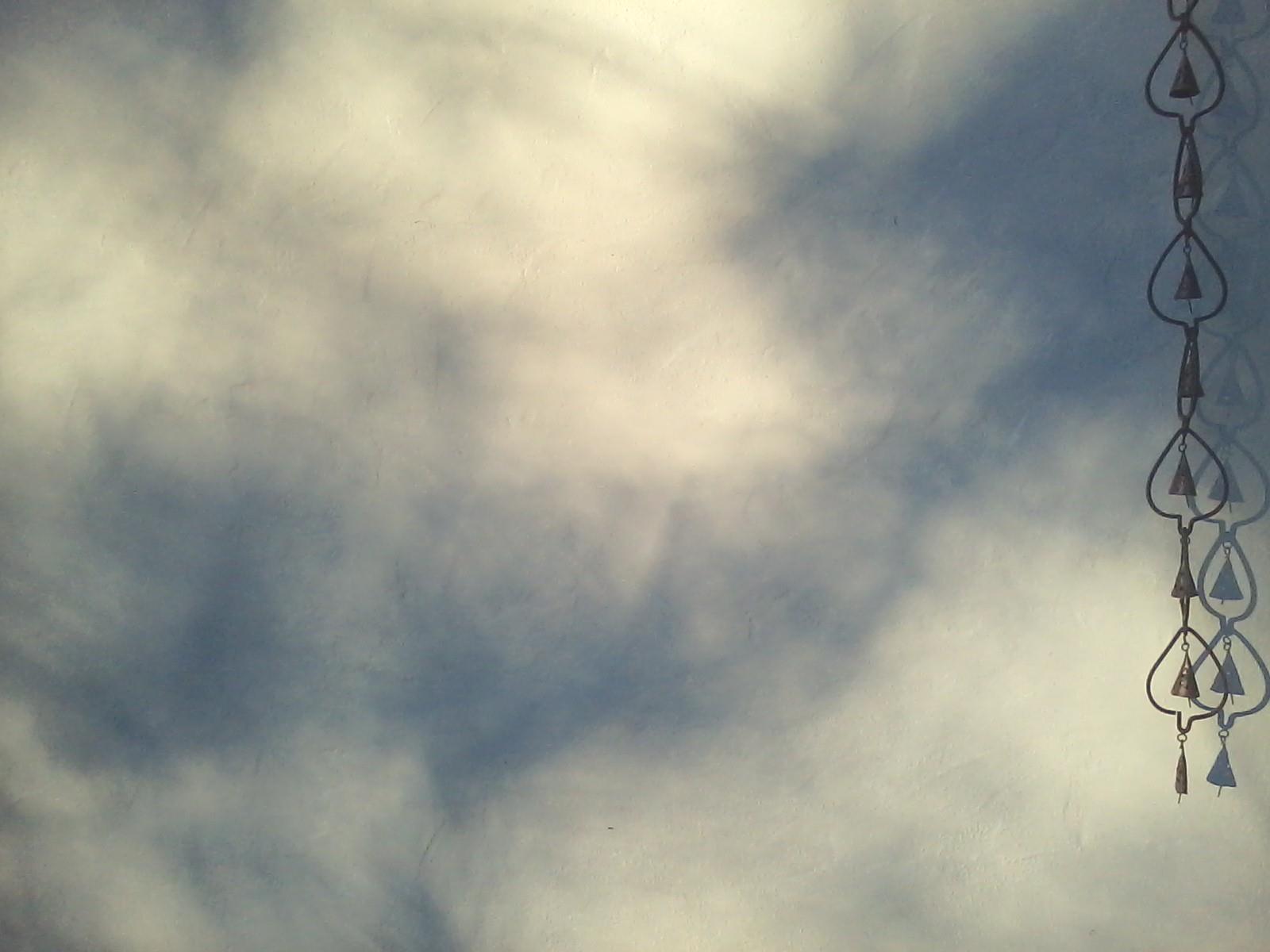 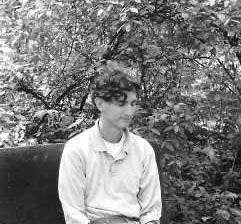 Steeped in silence, hearts given to contemplation began to become deepened and enlivened, so that stillness and activity, timelessness and time, began to bow to one other, to lose their boundaries, and to blend together into one evolutionary impulse of being.

As I have already shared with you, the retreat was nestled within a forest, "originally" Rancho el Bosque,"at the mouth of a voluminous canyon and perched beside the first meander in a
stream. 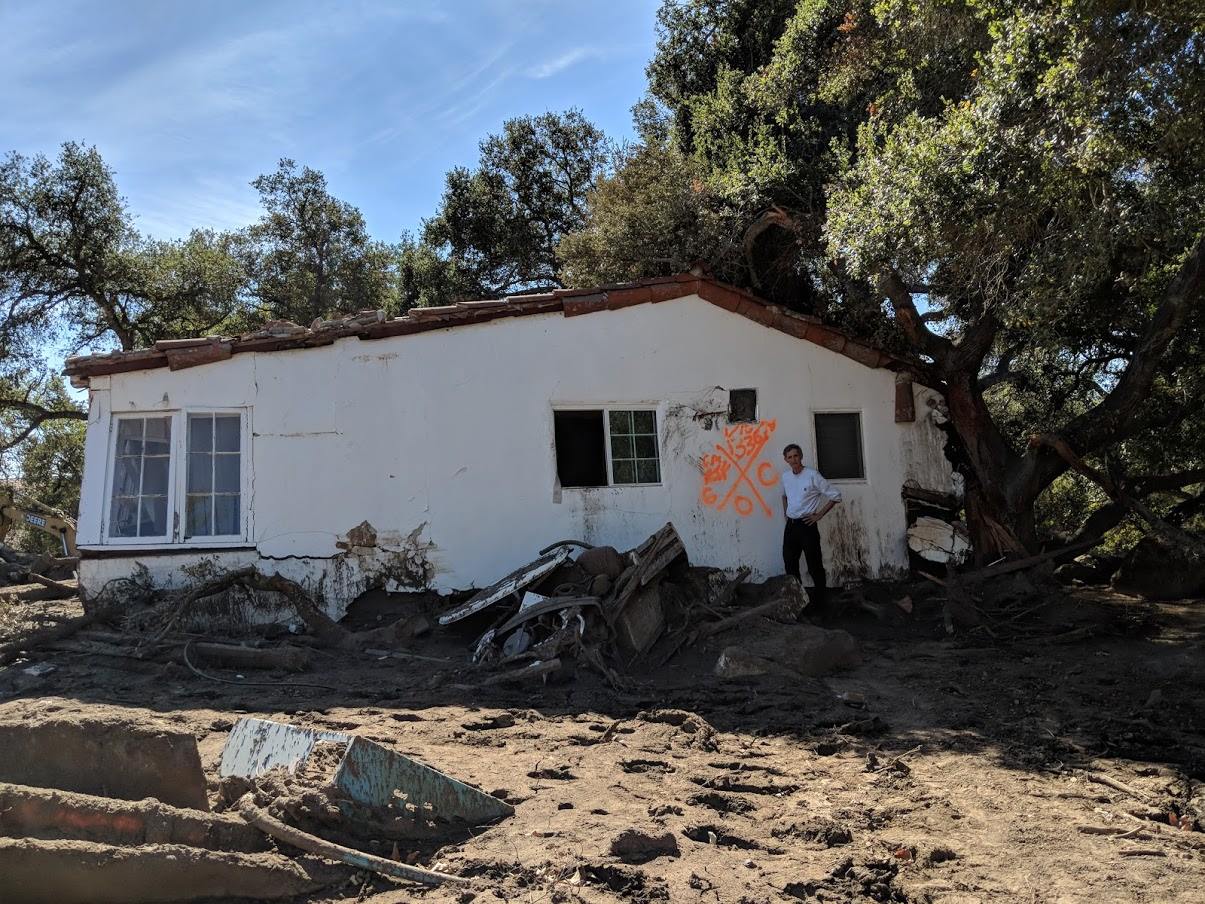 After a record-setting wildfire, an atmospheric river.

Because the area's stream beds are not riverbeds, a wall of mud and boulders washed down canyon, overflowing creeks . . . flooding properties, sweeping away many of the retreat's buildings, their hallowed nooks and crannies, swallowing meeting areas, offices . . . 1.25 chapels . . .  many neighbors while they dreamed, along with their dwellings . . . all as nonchalantly as the force of gravity . . .

The spiritual home of many thousands of souls was left severely, though not irrevocably, compromised. 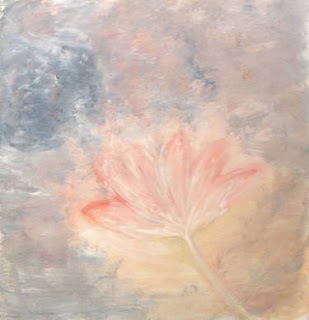 It had been my dwelling of many years, as well as my occupation. The bottom floor of my little nook, absolutely atomized, vanished in the onrush.

Within the space of the top floor, which had served as a dormitory for many of our guests, the hollow of a large closet housed my puja set, my entire Indological and World Literature libraries, my Monier-Williams, Perry, Lanman, Grassman, many collections of poetry, fiction, detailed South Seas anthropology, and on, and the translation of the Vijñāna Bhairava.

These all floated lotus-like, some 300 feet down current, serenely untouched atop the flood, into the arms of an awaiting, Tolkienesque giant of an elderly Chumash era oak . . .

Since then I have been recovering from the sudden loss of that idyllic life, editing Lakshmanjoo and Dina Nath's translation, and thereby feeling especially connected with the Kashmiri Pandits who too have been displaced from their sweet, ancient homeland: by earthquake, flood, and geopolitical strife.

The vale of Kashmir, for many centuries the spiritual jewel of India, a saintly Shangri la, is now a land riven with violence.

It was the wish of the translators to make their tradition known to all. 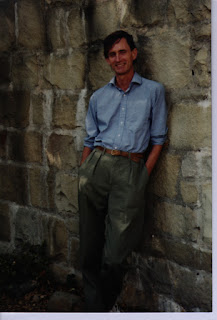 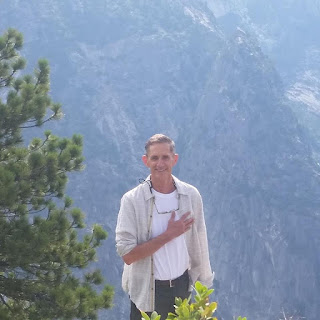 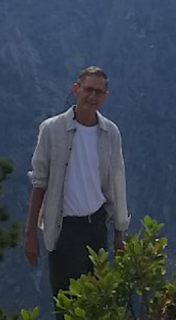 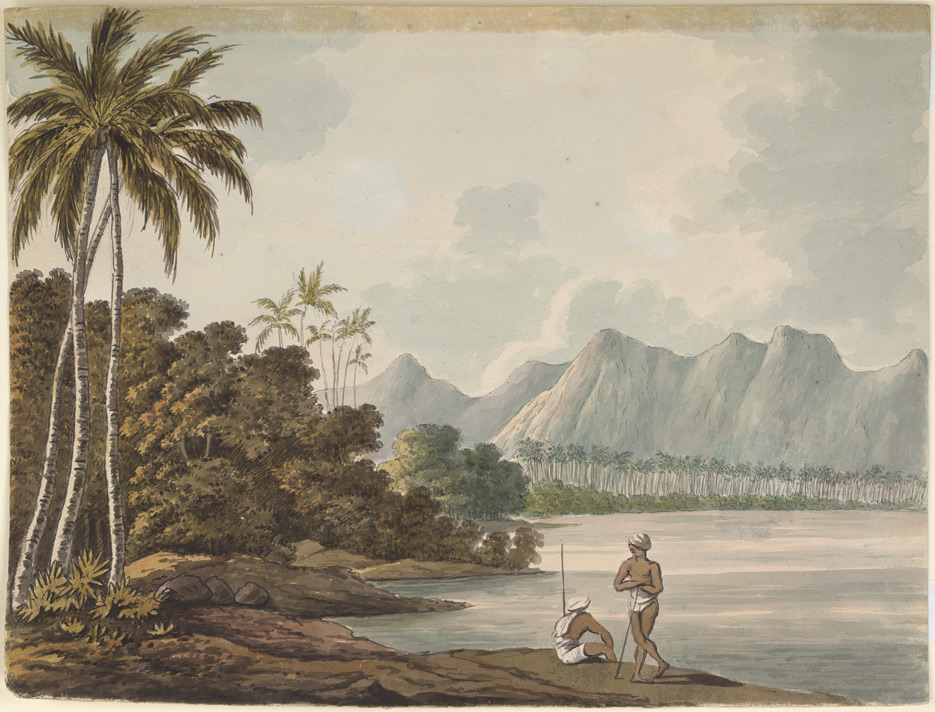